An overview of student activism at Brown University.

While several of the record collections listed below are administrative records, the records contain significant correspondence with students, faculty, and staff that reflect alternative points of view on issues related to activism, social change, and University policies. 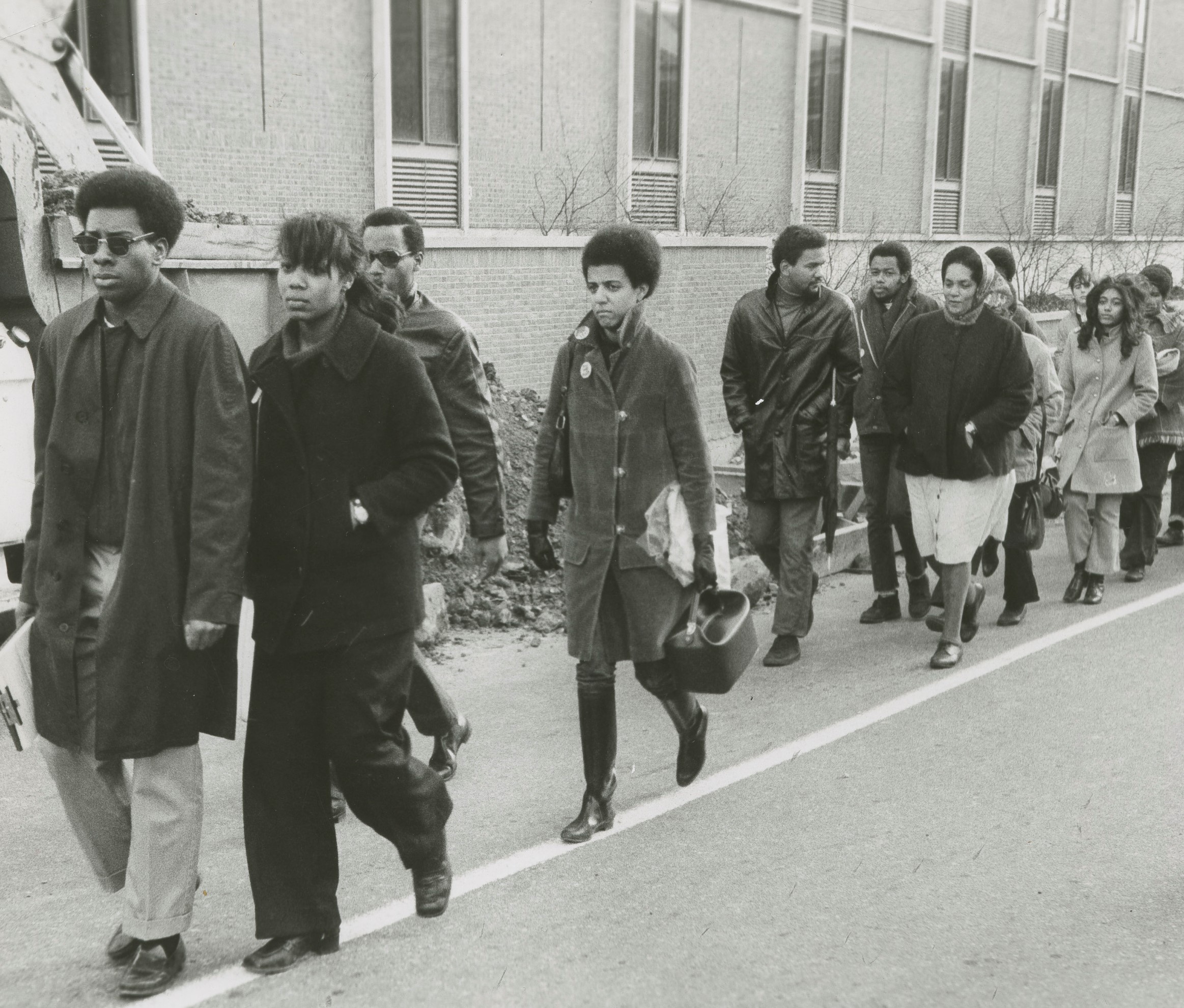 There are over 60,000 photographs depicting campus scenes, buildings, groups, events, and student activities preserved and accessible in the University Archives.

A selection of student protest photographs have been digitized and are available in the Brown Digital Repository.

In addition, the Images of Brown digital collection presents digital facsimiles of original documentary images in the Brown University Archives.

Please review the Subject list of photographs to locate additional photographs of events or activities:

Protests during the late 1960s include:

Ray Lorenzo Heffner papers, 1966-1969 (OF-1C-13)
Ray Lorenzo Heffner was university president during a period of intense social change, student unrest, and student political activity on campuses. Some of the topics documented in the collection, that reflect the changes which occurred in this period, include: the status of Naval and Air Force Reserve Officer Training Corps, the introduction of co-educational housing, the role of the university in governing student conduct, the establishment of an Afro-American Studies concentration, and curricular reform and the implementation of new curriculum.

The Robert F. Cohen, Jr. papers relate to his activist work as a student at Brown from 1964-1968, and as a community organizer in Providence and other Rhode Island communities, and New York City around welfare rights, housing discrimination and education between 1968-1972.

Consists of subject files created while Merton Stoltz was Acting President of Brown University from 1969 to 1970. Subjects documented in the collection include the Brown University Corporation and its committees; buildings and grounds; faculty; budget and finance; and students, including student conduct, the University Council on Student Affairs, the Student Conduct Advisory Committee, and student unrest.

Protests during these years include:

Professor William Gerald McLoughlin taught history at Brown University from 1954-1992 and was an active and vocal participant professionally and personally in all of the issues and events during those years: freedom of speech, civil rights, racial equality, gender equality (Louis Lamphere sex discrimination case), nuclear energy, improving the Providence education system, the Vietnam War, divestment from South Africa, and US intervention in Nicaragua during the 1980s. His papers are particularly useful for studying the changes in America and their effect s at Brown University during his tenure. His major areas of scholarship were religion in America (particularly Baptists and Evangelicals), the Cherokee Indian Nation, antislavery movement, African Americans, and Rhode Island history.