The map collection at GeoData@SciLi includes over 100,000 paper maps, primarily from the mid to late 20th century. Records for some of the collection are included in BruKnow, but most of our collection is uncataloged. Visit us whenever we're open to view the collection. Our maps do not circulate, but many are available digitally.

The collection consists of several locations based on the origin or series of maps. Some highlights:

Here are some suggestions for digital map collections. 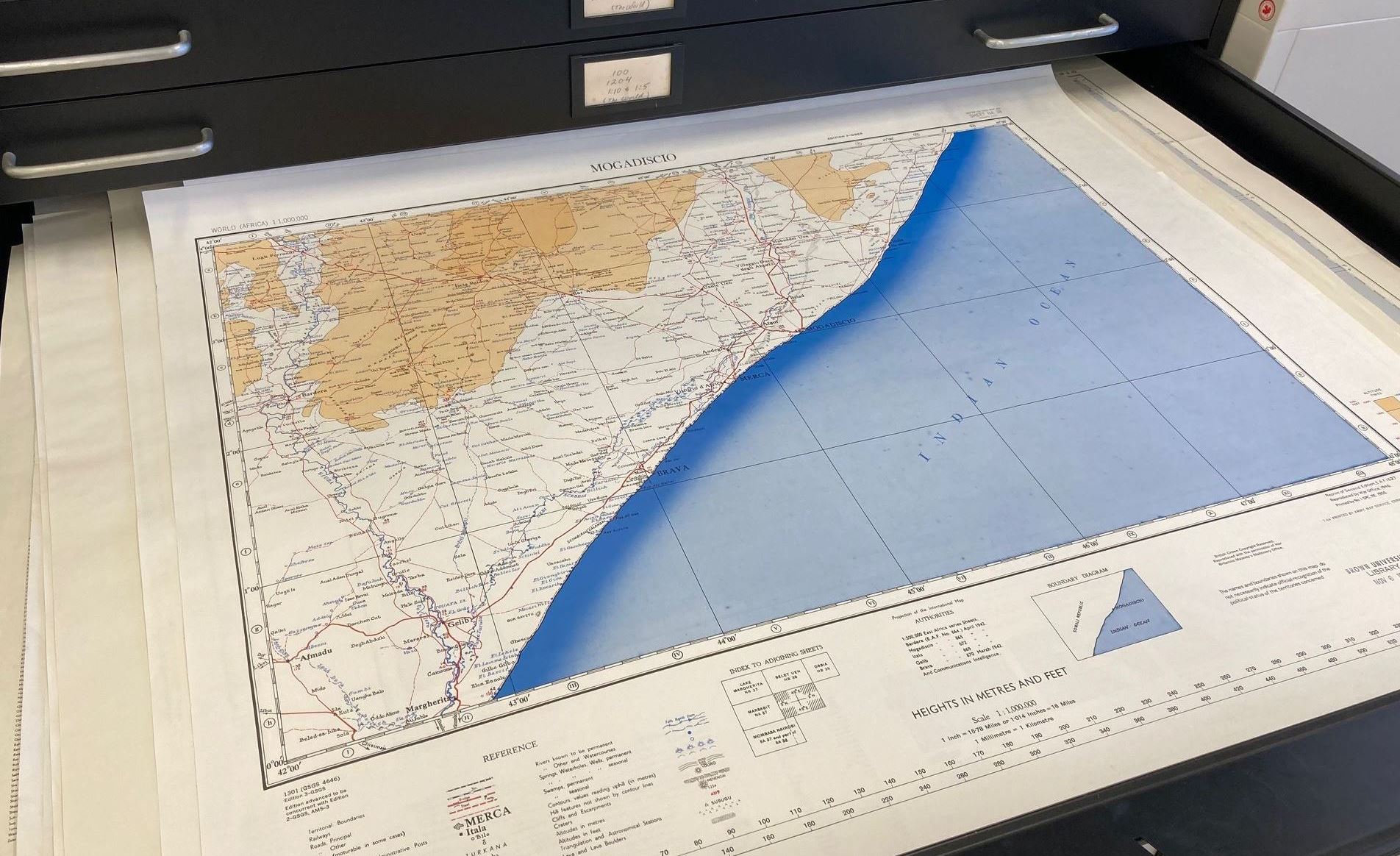